11:19 PM
MommyTasker
2
For the last six days my kids have been at their grandparent's house for Spring Break. They have spent that time running around barefoot, going on adventure hikes, playing in the dirt, mud and sand, skinny dipping in the river and otherwise running feral across the springtime landscape. They have asked for and read countless books. They have invented and executed numerous games with simple objects and lots of laughter. They have explored the edge of their comfort zones swimming across the river, or scrambling up and down steep boulders. They have bumped and scraped and laughed and thrilled at their own daring.

They have asked for and had zero screen time.

Hearing and seeing what my kids have been up to has been incredibly gratifying to me. They are loving and thriving in the place where I grew up - reveling in similar experiences to what I had as a child. What they are doing is so elemental - spending time in nature; spending hours in imaginative play; spending time negotiating a complex world of granite boulders, river currents and secret pathways.

Here are some letters my daughter has written about her experience:


There is a fantastic article this month in the Atlantic called The Overprotected Kid, all about how failure to supervise has become, in fact, synonymous with failure to parent. The article describes at length the way that modern parenthood - from the over-scheduling, to constant monitoring, to the sterile, "safe" playgrounds - has been sucking the life out of what it means to be a kid and all the life lessons that come with that experience. For example:

Children ...have a sensory need to taste danger and excitement; this doesn’t mean that what they do has to actually be dangerous, only that they feel they are taking a great risk. That scares them, but then they overcome the fear. In the paper, Sandseter identifies six kinds of risky play: (1) Exploring heights, or getting the “bird’s perspective,” as she calls it—“high enough to evoke the sensation of fear.” (2) Handling dangerous tools—using sharp scissors or knives, or heavy hammers that at first seem unmanageable but that kids learn to master. (3) Being near dangerous elements—playing near vast bodies of water, or near a fire, so kids are aware that there is danger nearby. (4) Rough-and-tumble play—wrestling, play-fighting—so kids learn to negotiate aggression and cooperation. (5) Speed—cycling or skiing at a pace that feels too fast. (6) Exploring on one’s own.

This last one Sandseter describes as “the most important for the children.” She told me, “When they are left alone and can take full responsibility for their actions, and the consequences of their decisions, it’s a thrilling experience.”

The consequence of not getting to do these things or have these experiences as a kid:

In an essay called “The Play Deficit,” Peter Gray, the Boston College psychologist, chronicles the fallout from the loss of the old childhood culture, and it’s a familiar list of the usual ills attributed to Millennials: depression, narcissism, and a decline in empathy. In the past decade, the percentage of college-age kids taking psychiatric medication has spiked, according to a 2012 study by the American College Counseling Association. Practicing psychologists have written (in this magazine and others) about the unique identity crisis this generation faces—a fear of growing up and, in the words of Brooke Donatone, a New York–based therapist, an inability “to think for themselves.”

In his essay, Gray highlights the work of Kyung-Hee Kim, an educational psychologist at the College of William and Mary and the author of the 2011 paper “The Creativity Crisis.” Kim has analyzed results from the Torrance Tests of Creative Thinking and found that American children’s scores have declined steadily across the past decade or more. The data show that children have become less emotionally expressive, less energetic, less talkative and verbally expressive, less humorous, less imaginative, less unconventional, less lively and passionate, less perceptive, less apt to connect seemingly irrelevant things, less synthesizing, and less likely to see things from a different angle.

The largest drop, Kim noted, has been in the measure of “elaboration,” or the ability to take an idea and expand on it in a novel way.

My kids come home tomorrow from their Spring Break. I have no doubts that they will seem tougher to me when I see them - more secure in their own abilities, and more in tune with the world around them. They will miss the wild - gymnastics and piano lessons pale in comparison to the thrill of climbing a boulder or a tree. But hopefully the memories stay strong and they can dive right in next time they go to my parent's house. Also, as we do anyway, we will continue to explore the outer edges of the park behind our house and beyond - spending more time climbing the gnarled old oak tree and swinging on the creaky rope swing than playing on the carefully engineered play structure. An adventure is always possible if you are out there looking for it. 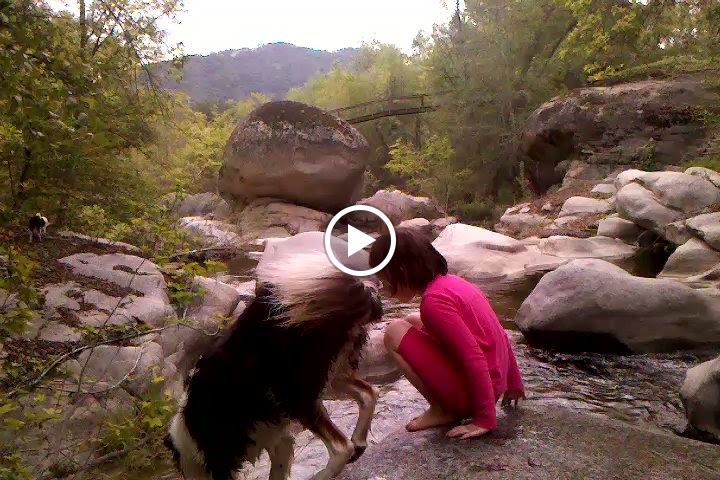 To learn more about my Fitness Project, please contact me at mommytasker@gmail.com, MommyTasker.com, or connect with me on Facebook.
Posted by MommyTasker at 11:19 PM