How Quickly We Forget

7:55 PM
MommyTasker
Parental amnesia is a powerful thing indeed. Most people talk about it with respect to childbirth – how a woman forgets the pain of labor once she meets her newborn child, which then makes her willing to go through the agony of childbirth repeatedly. I personally have never forgotten what labor felt like and attribute multiple births to a general lack of birth control options, but I digress.

Rather than childbirth, I want to talk about the particular case of parental amnesia that struck me today as I rode the chairlift up to the top of Sugar Bowl. It was a beautiful day to snowboard, if a bit barren and slushy in drought-stricken Tahoe. I was alone with my husband, chatting and carving relaxed turns on relatively empty slopes - a welcome and marked contrast to our more recent family "skiing" adventures.

Specifically, prior to today's idyllic, if short-lived experience, I had spent three days wearing ill-fitting rental boots and skis while half-carrying, half-dragging my 3YO through endless lift lines; fully-restraining him while he wiggled on the chairlift dangling high over bare dirt, rocks and trees; and then snowplowing down the bunny slope with him between my legs or tenuously out ahead of me on his harness as we navigated through the throngs of people doing similar ill-conceived gymnastics. With a few tantrums thrown in for good measure (mostly centered on the issue that my 3YO would very much rather snowboard than ski), I finished each day (i.e., each 3 hour ski session that took all day to execute) physically and emotionally exhausted, yet somehow willing to hemorrhage enough time and money to do it the next day. And the next. And, well…it was a rare three day weekend, so the next. 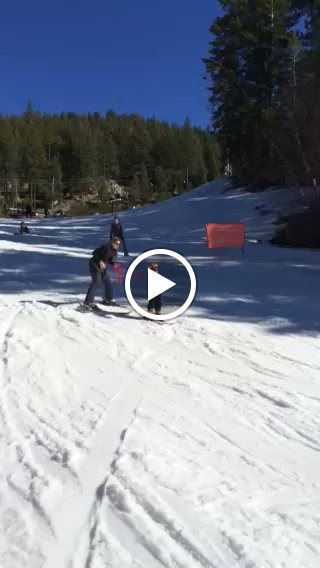 My mom, who participated gamely for two of the days and had the relatively easy task of escorting my 6YO down the mountain (I mean bunny slope), announced after day two “Well, I won’t be doing this again tomorrow”.

My husband, who spent most of the time schlepping gear, food, children and the car around in his rental ski boots rather than skiing just sighed and raised his beer to toast her. Should we be so lucky.

And yet all around us we saw smiling, happy families, and from the outside I guess that is what we look like too – two supportive parents and a grandparent cheering on our kids as they navigated the terrain of a ski slope – learning to turn and stop and glide on an unfamiliar surface on unfamiliar appendages. I really was proud of the kids and there were moments of real fun and joy and beauty in the experience – seeing my daughter let go enough to get up some speed on the descent, seeing the pride in my son’s face the first time he made it all the way down the hill without falling...

In my heart of hearts I know those moments are why we do these crazy and hard and expensive things, and why it is unquestionably worth the investment. It is also why that when I am alone with my husband and snowboarding fast down from the top a beautiful mountain I look over at him and say, won’t it be fun when we can do this with the kids?

Should we be so lucky.
Posted by MommyTasker at 7:55 PM